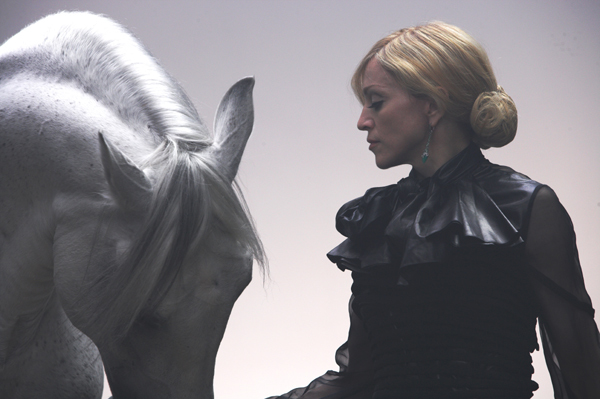 Madonna, world famous singer, songwriter and actress is also well known for taking up riding and horse ownership in her 40’s. It was during her marriage to now ex-husband Guy Richie that she became an avid rider and horse owner.

Two years into the marriage, on her 47th birthday, she was presented with a new horse. After being convinced to ride her new charge, she got on and within a minute was thrown. She was taken to the hospital with 8 broken bones. It was that incident that Madonna claims, was the beginning of the end of her marriage to Guy. You can read more about that on this link.

It took about 6 months for her to get back on a horse, not due to her injuries but her manager did not want her to get injured again by riding (manager was thinking $$$ only) again. She rode on the David Letterman show with Dave (who is also an avid rider) 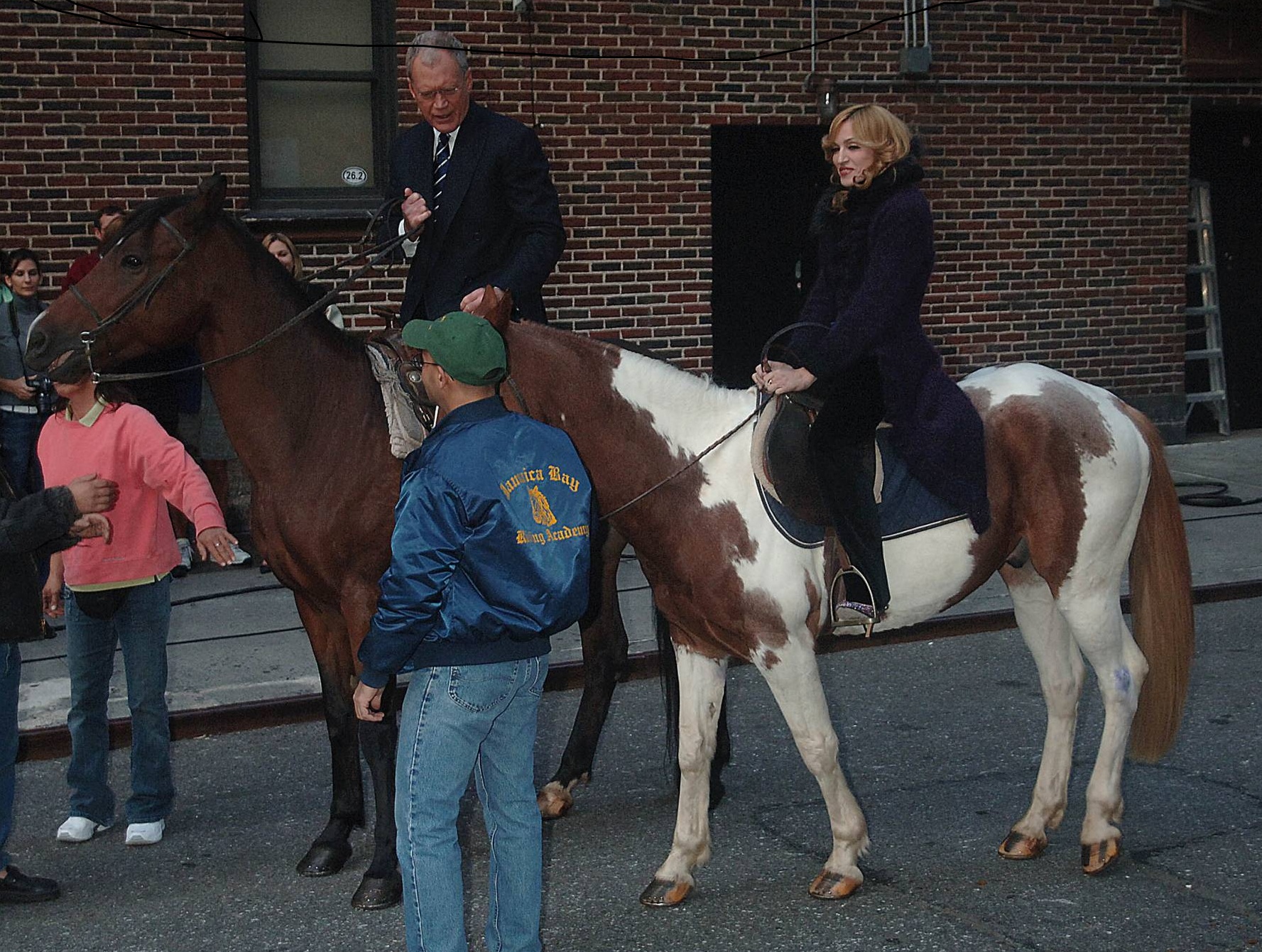 She confessed that for months she had nightmares (excuse the pun) about her riding accident…..who wouldn’t?

It was during that time she wrote the album The Confessions Tour with a horse theme. 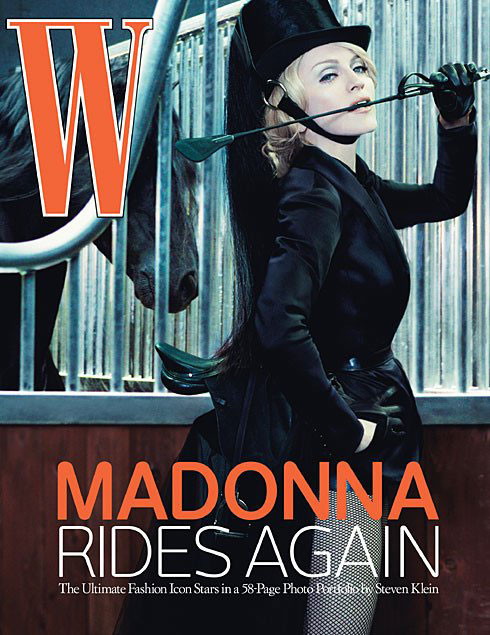 That was back in 2006, so what is she doing now with horses, if anything? I wondered the same thing, so I went digging.

I found out that she still rides. Her is a photo of her riding in the Hamptons in 2011 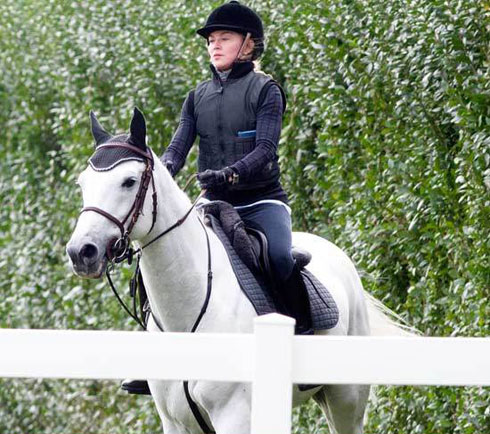 William Shatner, rider, breeder and all around horse nut

Horse owners that are not cut out to be horse owners

One Response to "Madonna, singer and horse rider"